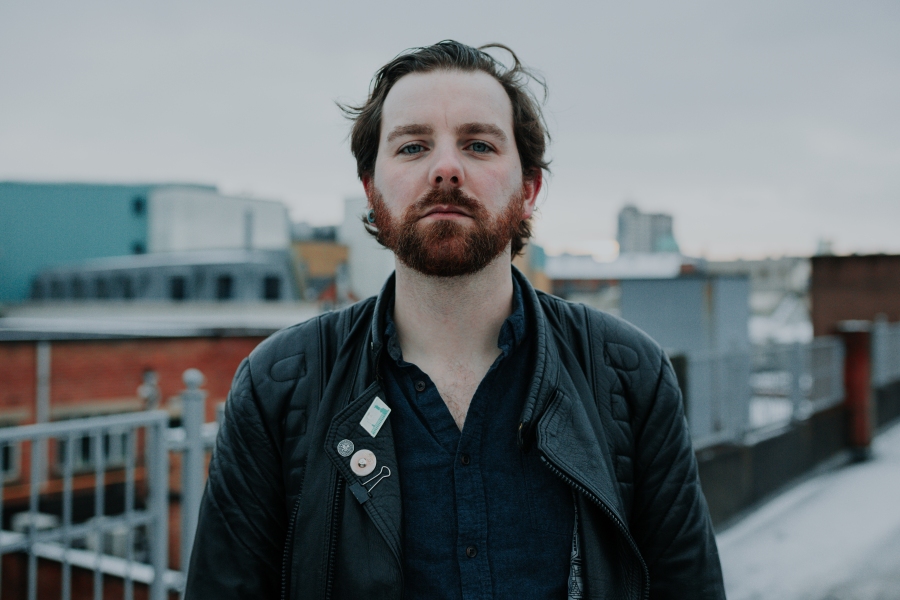 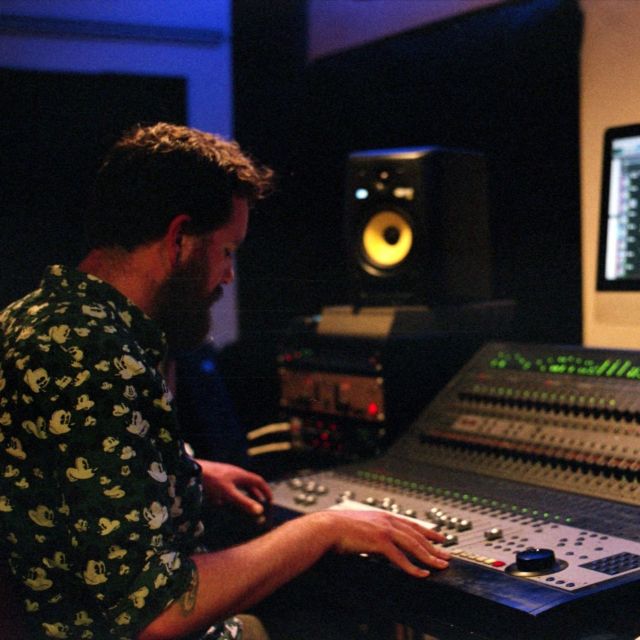 No Oil Paintings are a 4 piece progressive folk band from Belfast. We formed in 2013 originally as a 4 piece, that then took on a multitude of different line ups until finally settling in 2015 as we are now. We try to create a new sound of folk music whilst still using traditional folk instrumentation (guitar, bass, banjo, drums). We also work very hard on our 4 part harmonies which are a hugely influential part in our set. It’s an really fun band to be in and we’re never quite sure what the next step or song will be, which is always exciting!

I started learning to play cello when I was 8 years old and since then I’ve always wanted to be involved with music somehow, whether it was school orchestras or bands later in life. With regards to recording and producing, the truth is, it was all luck. In school I wasn’t entirely sure what to do after I left, and my careers teacher at the time pointed me to a music production course in SERC Bangor. I studied for two great years there and on my last day we all went for a celebratory pint in Belfast. Myself and Graham Davidson (co-owner of Half Bap Recording Studios) met a friend who was opening an art space in Belfast, he had a small room he wanted to sublet as a studio. We handed in our last college assignments on Thursday and had the keys to our studio by Monday. It’s the best thing that ever happened to me.

As cliché as it sounds, it is about the music. Over the years I have worked with some ridiculously talented musicians, and collaborated on some incredible records. For me I love nothing more than going into a project, not knowing what it’s going to sound like at the end. Watching as something – that maybe came to me as guitar and vocals – grow and expand into something epic. Or equally the other way, when you record something that is raw and vulnerable and see the music at its roots. You really get to know a person when you’re allowed to pick apart their art and see what’s inside.

Generally, I would ask the artist for some rough demos. Even a phone recording of the songs so I can get a general feel of what they are trying to do. I also really like to sit down and talk to them and try to understand what they want from me and the studio. Recording is a ‘give and take’ relationship and it’s very easy to have two different ideas of how a song should sound. It’s always important to have a good understanding between you and the artist as to where you want to go. From then, I usually will try and map out the logistics: what microphones I want to use; what effects would suit that certain artist; whether you may need additional instrumentation added e.t.c. From then on it’s about making a fun and relaxed environment for the artist to create in.

At the minute it has to be my Aston ‘Spirit’ microphone. I have thrown everything at it and it never fails. They work right across the board, whether it’s on a kick drum, acoustic guitar, voice, or as a room mic. On top of it all their customer service is second to none and the design is beautiful.

Firstly, thank you for allowing me to be a part of such an incredible project. I had loads of fun working with you, and the record is beautiful! Moon Heart had a lot of room for expansion so it was easy to get creative with production techniques and instrumental ideas. It was also very easy to work with songs that were already so well-formed. Really, my favourite part of this recording process was having the freedom to run with some ideas that didn’t necessarily suit the genre we were working in. If you listen to Bone Shaker for example, the song has a 4/4 kick throughout, and these huge tom-tom rumbles, or Bellerophon, with the military snare drowned in reverb. Neither techniques would really suit a ‘folk’ song, but it worked! It was really nice to work with someone that was willing to try out new ideas and experiment in the studio.

Next for Half Bap Studios is simply to keep putting out great work. We have some more building that we would like to do in the future, possibly putting in a vocal booth beside the control room, and maybe have a second mixing and editing room. Aside from that the goal is to keep working with great artists and helping them to achieve their visions.

Just a thanks to all the phenomenal people I’ve worked with over the years and everyone who has helped Half Bap Studios become what it is today. You’re all legends!

Listen to my music 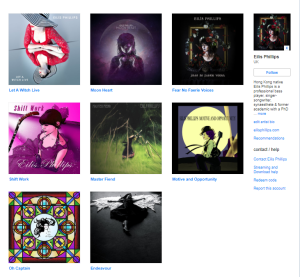